10 Distinct Features of the Current European Consulting Market, and Why European Diversity is a Strength

Europe is the second largest economy in the world. So let’s take a look at the unique features that characterize the European Consulting market:

With the UK, Germany, France, and Italy, the western part of Europe comprises 4 of the top 10 economies in the world. Growth in the region is relatively stable, slightly below 2% despite the Brexit dip for the UK, and the rest of the continent.

The main focus in Eastern Europe remains on operations improvement and digital transformation. 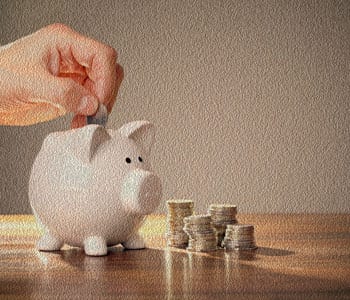 Prioritization is the key to understanding and solving the needs your organization faces. And we have a few proven and powerful tips on evaluating your situation to help you prioritize your needs.

2. European diversity is a strength  –

The region accounts for robust services and a strong manufacturing sector. Europe has a very active Financial sector, in particular, Banking and Insurance. Also, even though not evenly distributed, the region has access to great natural resources and is home to some of the largest players in Energy. Europe is the 2nd largest Consulting market in the world. It boasts an aggregated value close to $100 billion and is growing at approximately 3%.

However, the size and dynamics vary significantly by country, and we need to look at the market at a more granular level. UK and Ireland are the largest markets in Europe, followed by German-Speaking Countries (or DACH) and France.

The Eastern Europe consulting market has seen a steady year of growth in 2017, with every major country in the region – Poland, Romania, Czech Republic, Hungary, and Slovakia – expanding faster than the year previous. And the market of early 2018, was worth $1.6B.

Eastern Europe’s shaky environment have not tampered the steady growth of 5% since 2012.

Eastern Europe’s consulting market saw stronger growth in 2017, with the highest level of expansion in five years hitting 6.7%, and taking the market to $1.6B according to the latest data from Consultancy.org.

According to Consultancy.uk, in Western Europe, the top Consulting markets are the DACH region (Germany, Austria, and Switzerland) with a combined turnover of $24B, followed by the UK & Ireland with $23B.

Poland is by far the region’s largest market in Eastern Europe and is emblematic of the trends engulfing the whole region. While the nation has been struggling with a constitutional crisis, Poland’s consulting industry continues to grow. Estimates by Consultancy.eu indicate that Polish consulting likely represents 40% of the Eastern European management consulting market, well ahead of its nearest competitor Romania, who holds 17% share.

Romania might have enjoyed higher growth but there is also political turmoil following the population unrest due to state corruption allegations. According to Transparency International’s annual Corruption Perceptions Index, as of 2017, Romania is the 3rd. most corrupt country in the European Union, after Bulgaria and Hungary. Other countries that deal with serious corruption issues include Albania, Bosnia, Croatia, Macedonia, Serbia, and Slovenia. These markets combined have around 10% market share.

The private sector continues to be the core source of consulting work in the region. The financial services sector remains the market’s largest one. The demand is mainly driven by the growing need in front-to-back digitization, regulation, and data & analytics, boosting the need for technology-led efficiency projects, and large-scale transformation, besides regulatory work.

In terms of where revenues are growing fastest, however, retail and manufacturing are providing a glut of work for consultants, as clients continue to respond to the disruption caused by e-commerce and the need to update legacy technology throughout the supply chain. At the same time, digital disruption is pushing a growing number of manufacturers to seek external expertise, with manufacturing the second-fastest-growing consulting market at 9.7% in Eastern Europe in 2017.

The main sectors that drive the region’s growth are:

Robotic Process Automation –  also a growing sector. The region looks to maintain a competitive edge as a primary destination for nearshoring activity and shared service centers.

Several industries are leading the way in this region:

Digital Transformation – Digital initiatives are flourishing with the support of either Strategy-focused or IT-native consultancies. Large corporations are also setting up digital offices to spur a digital culture from within. Over the next few years Data Analytics, IoT, Artificial Intelligence and digitally enhanced customer experience should ride the consulting wave in both Western and Eastern Europe.

Getting ready to launch a Consulting project in Europe?

In need of assistance in your approach, or in selecting the best consultant?

We will be happy to help and provide you with the assistance you need.

Get in touch today

A Glimpse of Our Quantum Future | This Week in Consulting

In this issue of This Week in Consulting, we explore what quantum computing is as the world braces for quantum supremacy.

Redesigning Organizations – Tools, Strategies, and More! | This Week in Consulting

In this issue of This Week in Consulting, we explore the fundamentals of organization design, how to make a matrix work, how OKRs are gaining traction, how spans and layers can be used in a practical context, and more.

In this issue of This Week in Consulting, we explore where the future could lead the transportation and logistics industry. Do share your views with us.

From advising you on how to make your operations leaner and more efficient to helping you find ways how to adapt your business to the changes that are underway, consultants can benefit your organization and create value for it in multiferous ways.

But you cannot expect to reap the maximum advantage from the consulting support if you end up hiring a consultant based only on ranking and client feedback, whereas the qualification process should be tailored to your company's needs and ways of working.

In other words, what value consultants deliver to their clients and how they do that depends to a large extent on the area of their specialization. Hence, understanding what consultants the key do is to perceive how they can create value for your organization.

When it comes to buying consultancy services, people tend to shortlist firms with respect to their prestige, brand awareness, methodologies, and so on and as expected, MBB tops their desire list. However, it's not that only the top companies can really solve your issue. Sometimes, a local consulting firm with a sound knowledge of the local culture and economy often makes a better option for you.

On this episode of the Smart Consulting Sourcing podcast, our expert, Helene brings your attention to some aspects beyond ranking that would help you find out the right consultancy for your need -- not just the best ones.

Cooperation is empowering and the concept of cooperative procurement is premised on cooperation. By leveraging cooperative purchasing (where it makes sense) you can enjoy the benefits of economies of scale and greater efficiency in obtaining goods and services.

The idea behind such a program is to combine the requirements of several entities to obtain conditions on pricing, volumes, terms, and conditions that you would not obtain otherwise.

In this episode of the PGC podcast, procurement veteran Bob Perkins explains how it is helping enhance public agencies' bargaining power and buying efficiencies.

Private and public sectors alike can avail of this purchasing method to their advantage but there are certain situations where your gain can be maximum.

Building up an organizational set-up that would make your consulting souring process more efficient is like laying the foundation of a house. Consulting sourcing is not like purchasing commodities; it calls for deep expertise, experience and extensive research.

Naturally, there cannot be any one-size-fits-all formula for achieving sourcing competency. Besides taking a step-by-step approach, you'll have to choose the right way to reach your goal, depending on the size and type of your organization and the range of your consulting spends.

On this week's Smart Consulting Sourcing Podcast, our expert Helene Laffitte discusses five ways to build an organizational set-up for the ease of sourcing the right consultants! It does not matter how big your organization is, this podcast will help you approach this goal more strategically and confidently.

Spend analysis is all about turning your spend data into valuable insights. In consulting, the process helps you to examine your company's spending to find areas where you may save costs and improve the impact of your projects. Providing you with a fact-based picture, it ultimately helps you to decide whether your consulting investment was a wise decision or not.

Consulting Sourcing expert Hélène Laffitte shares the many ways to understand your current standing on the maturity landscape and what makes the leading organizations best in class.

In this webinar, you will learn about the following:
✅ How you can evaluate the maturity of your Consulting Sourcing capabilities and identify your level of maturity
✅How to reach the next level, with the help of four levers: Strategy, Process, Enablers and Category Management
✅Identify where you are and where you want to go as an organization
✅How to implement a sustainable Performance Management system which is essential in reaching the highest levels of maturity
✅Why understanding and managing the consulting category is key to unlocking value and saving for your organization

We’re pretty sure that procurement leaders know where they are, but how do they fare against the best and what should be their priorities moving forward is another story and it doesn’t hurt to get a second opinion.

Digitalization in procurement is inevitable, yet its uptake is rather slow. We assume that the absence of immediate gratification from digital transformation programs is one of the reasons why companies, particularly the CFOs approach it with some caution.

However, well-known procurement thought leader and Juniper Network director, Tomas Wiemer is of the opinion that digitalization of procurement creates intangible value that may not be measured in dollars and to maximize that value creation, procurement leaders must start with knowing the 'why of their transformation initiative.

Tune in to this episode and explore the path to that value creation with the procurement thought leader, Tomas Wiemer.

The effectiveness of a consulting project is significantly influenced by multiple elements. Negotiating these terms could be complicated and time-consuming. What if you could negotiate these points once and enjoy its benefits for all current and future projects together over a given period?

In this episode of our Smart Consulting Sourcing podcast, Helene explains what a Master Service Agreement is, why you need one for your consulting project, when you should use one and how it is different from Consulting Agreement.

What are the main challenges that a consultant face when working with a client?